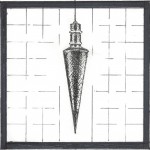 Apostolic witness in the public square

THE APOSTLE PAUL’S WITNESS IN ATHENS has a lot to say to those of us who want to impact our confused and fallen world. Let’s take a brief look at what he did there. The story is recorded in Acts 17:16-34.

Finding himself alone in Athens, Paul’s spirit was provoked when he witnessed the innumerable idols there. One of the alternate translations of the word translated “provoked” is infuriated. We don’t often think of evangelistic witness being driven by anger, but in this case it was. Paul didn’t accept the religious status quo. He wasn’t passive in the face of it.

Paul’s righteous anger leads to a question: Are we enraged by the idolatry that surrounds us in our world, or have we struck a “live and let live” truce with the world and the devil? If we’ve done the latter, it goes a long way toward explaining weakened evangelistic enterprise.

Anger in a righteous cause is a good thing.

Spurred by his provocation, Paul began to introduce and discuss the gospel in both the Jewish synagogue and the marketplace.

The Jewish synagogue was a religious center where Jews prayed, worshipped, and received biblical instruction. It was also a Jewish cultural center, a place where Jews struck business deals with each other and families enjoyed each other’s society. Paul didn’t take the gospel to the periphery of Jewish society. He took it to its very heart.

As to the market place, it was more than the commercial center of the great city. It was also the public square where news was spread, philosophy was debated, the court was convened, and children played. So Paul not only shared the gospel in the epicenter of Jewish society, he shared it in the heart of Greek society too.

As with all cultures, Athenian culture fused religious, philosophical, commercial, social, and legal realities. With all those elements in mind, Paul chose to confront the religious beliefs of Athens. That is, he inserted the gospel of Christ into the very heart of what Athenian men believed about their gods.

Man is inescapably religious. He always believes something. Even the atheist is a believer of sorts: he believes there is no god. That is his faith, and he is religious about it.

The Athenians faith embraced a whole pantheon of gods, as their innumerable idols indicated. Man’s faith system usually produces visible symbols. The visible symbols are held sacred. To attack them is to attack the faith they represent. (In case you’re wondering, the atheist’s idol is himself, just as the godless secularist’s idol (and god) is the state.)

Modern Western man claims to be irreligious and godless, but a study of his monuments and dominant cultural symbols tells a different story. The West’s irreligion is its religion.

Materialism, secularism, statism, hedonism, and the like are all built on faith systems, and all produce visible symbols that summon the worship of followers. The statist, for example, worships the symbols and power of state. Hedonism summons a debased worship of the human form. Materialism summons the worship of material possessions. Secularism elevates man himself as a god, and worships him.

Paul, observing the religious symbols of Athens, attacked the underlying faith system that supported them. We should do likewise. The symbols of the many faith systems in our culture are in plain view, so they’re not hard to find. Each symbol, in fact, may serve as a portal for gospel proclamation.

Like Paul, we need to study the symbols that dot our landscape and then take the gospel into the heart of the faith systems for which the symbols serve as a portal.

Like Paul, though our negative assessment of false gods is important, it is our positive declaration of the risen Lord that should dominate our efforts. Complaining about the dark is in and of itself a futile effort. Our main job is to turn on the light.

Being stirred by what was wrong in Athenian society, Paul declared the good news about Jesus and his resurrection. In both the Jewish synagogue and the Athenian marketplace.

We may safely assume that Paul’s declaration included the truth about the Incarnation of the Son of God, his atoning death on the cross, his glorious resurrection, and his ascension into heaven to take up his rule over the whole earth, and his appointment as the ultimate judge of all men. Paul’s gospel declaration was therefore not that of a philosophical Jesus or ethereal Jesus. It was instead a declaration rooted in incarnational reality with real world implications.

There’s a lesson here: we shouldn’t fight philosophical and religious fires with like fire. We should instead aim at dousing those fires with the truth about our Incarnate Lord and his resurrection. The real gospel is eminently physical. It forces the Incarnation into the discussion with both philosophical and religious opponents. It calls for material change in how men relate to God, to each other, and to the earth. Its aim is the doing of the will of God, on earth, through him who became flesh to redeem men and put the world in right order.

Paul’s gospel declarations went public, and that provoked a public counterattack from both philosophers and the religiously inclined.

The philosophers were both Epicureans and Stoics, two rival philosophical camps that embraced very different philosophies. But they were unified in their opposition to the gospel and together accused Paul of being a babbler. Given their philosophical positions, the proclamation of Jesus and the resurrection made no sense to them. It evidently threatened them too.

The more religiously inclined observed that Paul seemed to be proclaiming strange gods. This group was closer to the truth than the philosophers. This group at least understood the faith implications of what Paul was saying: the resurrected Jesus who Paul declared was purported to be a god.

The gospel destroys philosophical and religious neutrality and provokes a counterattack from both philosophical and religious camps. If sinners aren’t reacting to us, we’re not acting on behalf of the gospel. Lob a rock into the swineherd and you’ll know the pig it hit by its squeal. Paul’s words struck to the heart of Athenian faith systems. That’s why there was a reaction to them. The pigs squealed because they had been struck.

The Athenian reaction to the gospel leads me to ask this question: Is our gospel proclamation provoking a like reaction in our culture?

Apostolic defense: Off to court

Ultimately the gospel messenger forces his day in court, and that’s what happened to Paul in Athens. Those who challenged Paul took him before the advisory council of Athens that ruled on religious, educational, and cultural matters and also licensed those who taught. Once before the council, Paul presented his case.

Pointing to Athenian idolatry, Paul went straight to the religious presuppositions and practices of Athens. The breach in the wall of Athenian religious practice was an idol to the Unknown God, and into the breach Paul went. There’s always a hole in the opposition’s argument, and Christians need to find it and charge through it brandishing the sword of the Spirit.

Before the council Paul declared that God is the Creator and that Man is obligated to serve Him. He declared God’s sovereignty over nations. He declared the foolishness of trying to represent him with manmade idols. He called men to repent, that is, to turn from the worship of idols and to turn to the service of the true God. He declared the final judgment and Jesus as the Judge over all men.

At the mention of the resurrection some scoffed. Some wanted to hear more. Some believed. Among those who believed were the councilman Dionysius, a woman named Damaris, and a few others.

A defense of the gospel before a court might not win a case, but it will often win men. I think it unlikely that Paul went before the council wishing for a favorable legal decision or a license to set up another philosophical school. I think he got what he wanted, which was conversions. There has been a church in Athens ever since Paul made his defense before the council.

The battle for our faith in our day has often required Christians to go before courts either as defendants who’ve been unjustly prosecuted, or as aggrieved citizens with actionable cause. Such matters, while having some relationship to Paul’s conduct before the Athenian council, aren’t exactly the same thing. Paul’s aim was Christian witness and conversion, not the establishment of legal precedent.

There has been a centuries’ long effort in the West to force the Church into a religious box that imposes a Sunday, worship-only limitation on Christian faith and practice. A Church thus imprisoned exercises little influence on the world around it, and that serves the criminal enterprise of the Church’s enemies just fine.

But the Church doesn’t belong only in the church house. She also belongs in the public square where religion and philosophy and commerce and social interaction and justice intersect. There she must declare the good news of Jesus and the resurrection, and call men to turn from their sins and offer service to the one true Creator God, who calls them to Himself through his Son, Jesus Christ. And the service to which we are called is a 24/7 proposition.

The Apostle Paul’s example in Athens serves as an enduring example of public witness. The “one holy catholic and apostolic church” does well to follow in his footsteps. Our Athens, wherever it may be, will not be won until we do so. For to win people we must go to where they are and tell them what they do not know about the resurrected Son of God. †