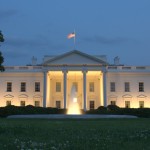 In Matthew 7:15-20, Jesus warned against false prophets who dress in sheep’s clothing but are ravenous wolves on the inside. “You will know them by their fruits,” he stated. Then he compared them to thorn and thistle bushes that bear no fruit.

Jesus’ words addressed both the being and the doing of false prophets. Because of what they are, they do what they do. His assessment was both ontological and ethical.

We do well, I believe, to apply Jesus’ instruction on false prophets to the current occupant of the White House. The president campaigned in sheep garb, but he governs as a ravenous wolf. The Oval Office has become a wolf’s den. The nation that elected the president has become his prey.

The president’s political opponents have long spoken against his deeds, but until recently the ontological question regarding what the man really is hasn’t evoked much comment. No more. Now, nearly six years into his presidency, and in light of how he has handled himself in office, many are beginning to ask penetrating questions about the essence of the man who lives in the White House.

The fruit of his doings tell us what he is. Consider his fruit: Obama Care’s ruination of the American health care system; a stalled economy and high joblessness; harmful meddling in business and industry; increased poverty; consistent abuse of the U.S. Constitution; cover-ups in the Benghazi crisis and the IRS scandal; leading from behind in Libya; drawing a meaningless red line in the Syrian civil war; failure to adequately reckon with the threat of Islamic terrorism and military reality in the Middle East and Iraq; a passive response to the Russian invasion of Ukraine; befriending foes and ignoring allies; aiding and abetting the ongoing border crisis here at home; a Justice Department known more for injustice than justice; myriad lies and blame-passing in a presidency long on words and short on responsible executive action. And this is the short list. The president’s executive actions are simply an expression of his true being.

Where foreign policy is concerned, it is the president’s true being that explains why he finds it so difficult to call evil what it is, why he refuses to act against evil with legitimate and sufficient force, and why he is aloof with our allies and accommodating with our foes. (The wolf pack sticks together.) It simply goes against his nature to act differently.

Jimmy Carter was an intelligent and decent man who was simply unsuited for the presidency. But one never doubted his patriotism. Bill Clinton was perhaps the most immoral man to ever occupy the White House, but one does not doubt he is an American.

The current occupant of the White House, however, is different. He may be the first un-American president. (I don’t say non-American because I believe him to have been born here.) We’ve elected nincompoops and degenerates to the presidency before, but never a ravenous wolf.

The president is also a fruitless tree. Borrowing from Christ’s analogy, there are no grapes or figs to be gathered from him. His presidency is all thistles and thorns.

The upshot of it all is that the current president, like the false prophets Jesus warned against, is both dangerous (a ravenous wolf) and useless (a fruitless tree.)

So call his administration the “ravenous wolf presidency,” or the “thorn & thistle presidency.” Or call it both. It is a presidency incapable of good and highly capable of evil. It is what it is because the president is what he is; and what he is causes him to do what he does.

As a Christian I pray, “Lord, have mercy. Grace the other branches of government to protect us until the wolf is gone and the fruitless tree cut down and thrown into the fire (Matthew 7:20). Thy kingdom come, heavenly Father, Thy will be done on earth as it is in heaven.” Amen. †